Everything You Need To Know About The Renault Kwid 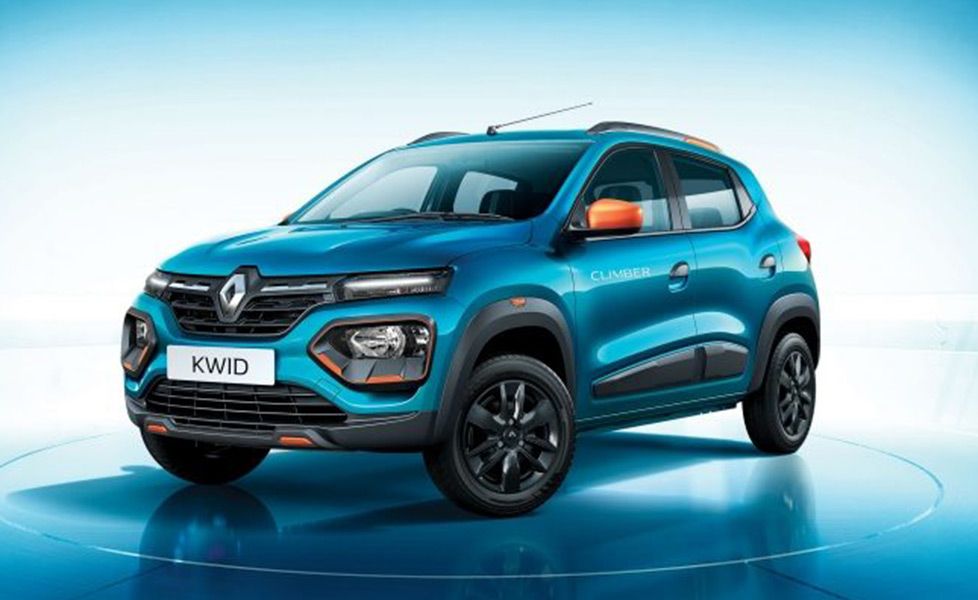 Renault’s SUV-inspired model for the entry-level car segment. When the Renault Kwid was launched way back in 2015, it changed the way buyers looked at budget hatchbacks. And with its SUV styling, it won over a lot of hearts. It became popular because of its practical nature and sorted dynamics. However, the car began ageing a little, which made Renault bring about a facelift with some all-important updates. The Kwid also showed buyers that a budget hatchback needn’t necessarily be too basic in terms of appeal. The 2019 model gets reworked comprehensively so as to appeal to a wide audience

The Kwid is easily the smartest looking hatchback in its segment, with those new split headlights in the front with LED DRLs above and the main headlamp below. And the DRLs are standard across all variants. You will notice black bezels surrounding the headlight with orange highlights if you opt to buy the Climber. The wheels are now 14-inch in size and give the car a better stance. The grey plastic wheel covers look attractive on the Climber, and there’s plastic cladding all around. At the rear, the bumper design has been tweaked and the tail light inserts and reflectors are new as well. The new Kwid is also slightly heavier and longer than the old car.

There are a couple of changes on the inside that include a new instrument cluster, a big touchscreen and new steering wrapped in perforated leather. There is also a tachometer included in the digital instrument cluster, and the display is nice and clear. The 8.0-inch touchscreen infotainment system features Android Auto and Apple CarPlay and is quite smooth to operate. The dashboard design has seen some alterations too, and some of the controls have been rearranged. The glovebox is now larger and the passenger side gets the option of an airbag. And the gear selector knob has been moved to the console between the seats on the AMT variant. Everything looks refreshingly new, but the overall fit and finish remain the same. At the front, the seats are a bit firm but you’re seated at a good height, and there is decent under-thigh support too. You sit a little low in the rear but there are good legroom and headroom available. It also gets a rear centre armrest. Boot space is decent at 279 litres. It gets features like remote central locking and power steering, reverse parking sensors, an 8.0-inch touchscreen, ABS, front power windows, speed warning system and a driver airbag.

The Renault Kwid is powered by two engine options: a 1.0-litre, three-cylinder petrol engine that makes 67bhp and 91Nm of torque and a 53bhp, 0.8-litre unit. You can hear the engine from inside the cabin, and as the revs climb, it becomes quite prominent. The Kwid picks up pace slowly and doesn’t have a strong bottom-end. Progress in power is made only in the mid-range. The 5-speed manual works well and is coupled to a light clutch. The car absorbs bumps well, but it isn’t particularly quiet over bad roads. At high speeds though, the car is planted and stable. Around corners, the wider tyres help instil some confidence. And the steering is light and a doddle to use in the city.

Priced between ₹ 3 and ₹ 5 lakh, the well enhanced Kwid comes across as a very appealing proposition, also given its equipment list. With rivals like the RediGo and S-Presso insight, the Renault Kwid will surely make for a very sound purchase.  Also, grab the latest info on the upcoming cars, only at autoX.

Styles of Indian Clothing for Kids

It is no secret that vacations are essential for our health – they aren’t just a luxury, and we…
END_OF_DOCUMENT_TOKEN_TO_BE_REPLACED
0
BlogDestinationThings To See

Switzerland is half the surface of Andalusia. But that itself makes it very comfortable for the…
END_OF_DOCUMENT_TOKEN_TO_BE_REPLACED
0