Trending
Best Places to Visit in Rajasthan – Experience the Royal Culture & Traditions Secret Places in the World – Untouched but Worth Visiting Travel Insurance Online – Things You Should Consider & Avoid before Buying Say bye-bye to Period Rashes: The Best Rash-Free Pads in India today Perfect Offbeat Destinations for Solo Travelers for an Incredible Experience
BlogDestinationThings To See 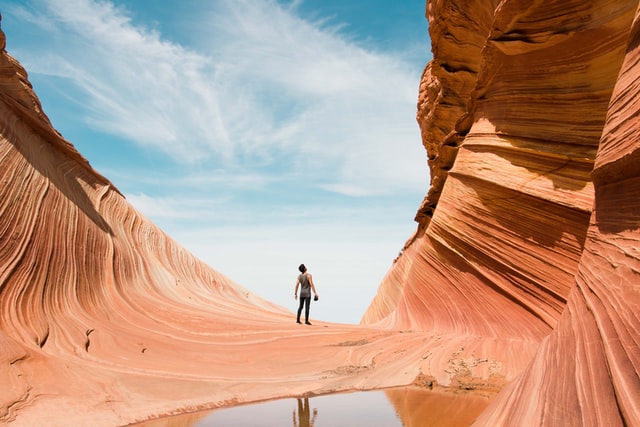 The Pacific Ocean stretches between the western coast of the Americas and the Eastern coast of Asia and down past Australia all the way to Eastern Antarctica. It is the largest ocean in the world, and it contains thousands of small islands, as well as bigger islands such as Australia, New Guinea, and the islands that make up New Zealand, Indonesia, Malaysia, the Philippines, and Japan. There is huge geographical and cultural variety among all the islands of the Pacific, and there are endless places for the avid traveler to explore.

Here are some ideas for different Pacific destinations, depending on your preferences and priorities.

What counts as ‘Pacific Islands,’ anyway?

Silly as that question may sound, there is actually no agreement as to which geographical territories make up the Pacific Islands. This article uses the term ‘Pacific Islands’ in its widest possible sense because the more variety, the better!

It might seem extremely strange to start a list of Pacific destinations by talking about snow—after all, the Pacific is usually associated with sunshine and tropical weather! There are exceptions, however, and Hokkaidō—the northernmost island in Japan—is one of them. Like the rest of Japan, Hokkaidō is bordered by the North Pacific Ocean to the east and by the Sea of Japan—which is part of the Western Pacific Ocean—to the west. Unlike the rest of Japan, however, Hokkaidō has extremely cold winters, with enough snow that the main city in Hokkaidō, Sapporo, organizes a snow festival every year. Another great destination for lovers of the wilderness is the Shiretoko peninsula, on the northeastern tip of the island, where you can experience the dramatic mountains, cliffs, and drift ice and see brown bears and killer whales.

The obvious Pacific destinations for surfing are the San Francisco Bay Area to the north and the eastern coast of Australia to the south. Don’t overlook Hawai’i, however, a gorgeous group of islands that has the advantage of being much warmer and sunnier than San Francisco and crawling with fewer deadly animals than Australia! The most famous surfing destination in Hawai’i is probably Waikiki beach on the island of O’ahu, which was the home of legendary surfer and swimmer Duke Paoa Kahanamoku. You can stay at a Waikiki beach hotel and surf to your heart’s content, and if you go in August, you will be able to take part in the annual Duke’s OceanFest.

The island of Holbox is located off the Yucatan Peninsula. A tourist’s paradise, it is a tiny car…
END_OF_DOCUMENT_TOKEN_TO_BE_REPLACED
0
DestinationThings To See

The Best Family-Friendly Hotels in Dubai for a Staycation

With its sandy beaches, crystal-clear waters, and year-round sunshine, Dubai is the perfect…
END_OF_DOCUMENT_TOKEN_TO_BE_REPLACED
0
BlogHacks

It is no secret that vacations are essential for our health – they aren’t just a luxury, and we…
END_OF_DOCUMENT_TOKEN_TO_BE_REPLACED
0