Why You Must Travel To Portugal in 2021 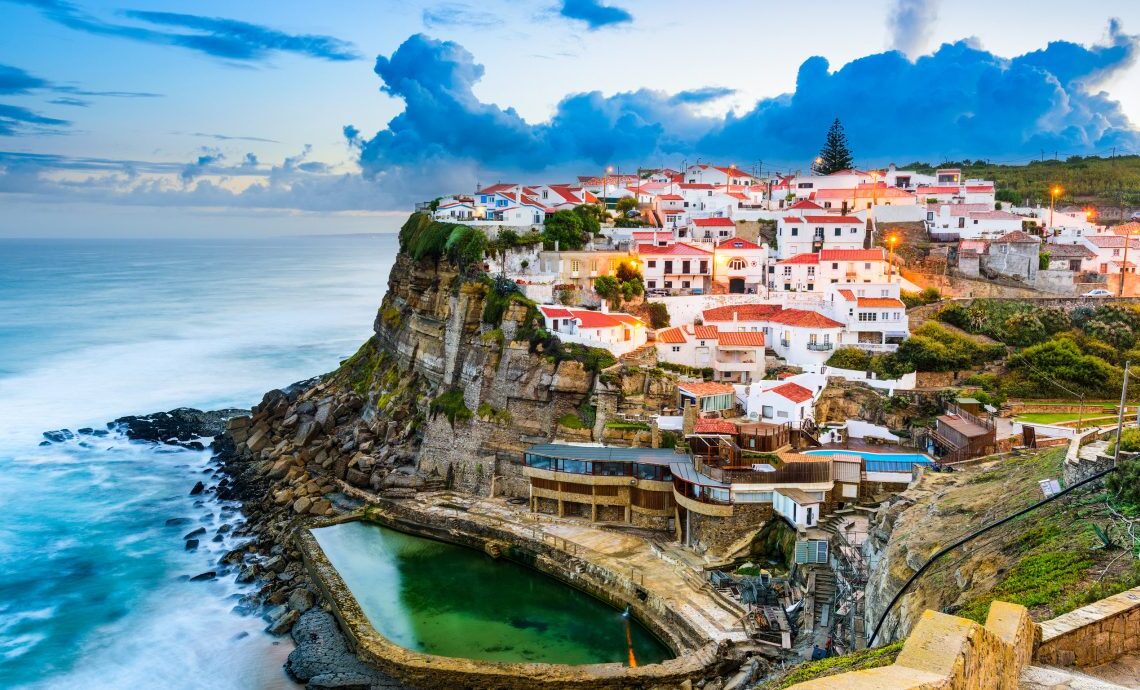 “Medieval castles, cobblestone villages, captivating cities, and golden beaches: the Portugal experience can be many things.” – That’s exactly how the Lonely Planet describes this gorgeous European country which is too vibrant to be missed! Portraying a rich heritage and centuries-long history, Portugal was considered to be the continent’s unsung destination – until the last decade when people started rediscovering the breathtaking beaches, bustling cities, and extraordinary hospitality.

As the pandemic woes slowly subside, how about planning a vacay and exploring Europe’s coolest country?

Here are 7 reasons why you must travel to Portugal in 2021.

1) Get to know more about the historical richness of Portugal.

One of the oldest countries in Europe, the history of Portugal will surely take you back in time and leave you mesmerized. Discovered in 868 AD, Portugal became a global empire around the 15th & 16th Centuries, when the explorers of the country went to far-off lands in other continents and colonized them. Portugal became a world superpower with a monopoly on the spice trade, tobacco, and sugar plantations. However, like every other colonial empire, Portugal’s power came to an end, leaving behind a great legacy and incredible stories.

2) Soak in the sunshine by the beaches of Portugal.

Portugal boasts some of the finest beaches in Europe, with a coastline stretching over more than 900 kilometers. The most celebrated beaches are found in southern Portugal’s Algarve province, which is immensely popular amongst surfers. With exotic villas and bungalows, limestone cliffs and swathes of sand dunes, great waves hitting the coast and spectacular vistas – Algarve is a must for all the beach-lovers out there! Apart from that, you can also visit beaches in the Azores and Madeira, which are no less beautiful. The small towns of Estoril and Cascais near Lisbon have pristine coasts as well, where you can go for quick day trips and enjoy surfing.

3) Try the delicious food and wine that Portugal has to offer!

For all the foodies out there – Portugal is no less than a heaven for you! Portuguese cuisine is highly influenced by its location – and the accessibility to the Atlantic Ocean brings an ample amount of seafood to the country. Other than that, a variety of meat is used as well, along with a dash of authentic spices and olive oil. No matter whether it’s the Cozido à Portuguesa (meat stew) or Francesinha (smoked meats and cheese sandwich), PeixeGrelhado (grilled fish), or the melt-in-mouth Pastéis de Nata (custard tarts) – you’ll surely be spoilt for choices once you’re there! And who doesn’t love port wine? Well yeah – originating from Portugal’s Douro Valley, this place is known for its production of the sweet dessert Port and other wines which will leave you drooling for more. The university town of Évora, whose ancient centre is another UNESCO World Heritage site, is the headquarters of the Alentejo Wine Route, which can direct you to the best local wine estates, such as Esporão.

4) Beyond Lisbon & Porto, fall in love with the small towns of Portugal!

When you think of Portugal, the first names that probably strike you are Lisbon and Porto – but let me tell you, there’s a lot more beyond this! While the trams of Lisbon & the cobblestone streets of Porto will enchant you, make sure to explore some of the postcard-perfect quaint towns as well, while you’re there. From traditional coastal fishing villages to enchanting hilltop towns, these beautiful towns in Portugal are packed full of culture, history, and incredible cuisine. Take a tour of Obidos – a quintessential Portuguese small town that will take you back to the medieval era, as you’d walk down the impressive hilltop castle nestled here. Escape to Sintra – a UNESCO World Heritage Site is known for its stunning 19th Century romantic architecture. Head off to Aveiro -known as “Portuguese Venice”, which is a picturesque town with beautiful canals, small bridges and colorful houses. And these aren’t all – once you’re there in the country, you’ll find out more of such hidden gems!

5) Incredible opportunities to serve as a volunteer for meaningful projects in Portugal.

Well, once you decide to travel in the post-pandemic times, what can be better than being a responsible traveler and contributing effectively towards society as you explore a new land? No matter whether you wish to spend a week or a month, you can choose a project that suits your interests. Being a part of a volunteering program in Portugal will not only give you a chance to be a part of a great deed, but you’ll also gain first-hand work experience and meet some like-minded travelers from different parts of the world. A volunteer trip to Portugal will surely add more values to your life and turn you into a more compassionate human being.

6) The weather in Portugal is too good to be true!

You’d be thrilled to know that there’s no perfect time to visit this country, as the weather in Portugal is fantastic throughout the year! It is not too hot in summer and generally mild in winter. However, Portugal has always been preferred by travelers during the summer months, when you can spend your days soaking in the sun for the entire day!

7) Portugal is rather affordable, compared to other Western European countries.

Budget is one of the biggest concerns when we think of traveling abroad, but Portugal won’t make a dent in your savings! Getting around Portugal won’t cost you much and good bus and train connections are linking North-to-South or South-to-North approaches, due to the shape of the country. Budget accommodations can be easily found, and they are cheap and plentiful in most of the country’s most appealing destinations. Precisely, you can happily spend a week in Portugal with just about 500 USD or so! Considered to be one of the most pocket-friendly holiday destinations, hotels, food, wine, and Uber are all less expensive than other big cities such as Paris, London, Rome, and Amsterdam.

The country has already opened its borders for international travelers with certain precautionary measures implemented – and to have a safe journey, it’s advisable to abide by them. Having said all of these, I’m sure you’re feeling the blues already and wondering when you can plan a trip, to set out and explore Portugal like never before!

Author Bio: Riyanka Roy is an ordinary girl with some extraordinary dreams. She loves to believe in the miracles of destiny and wants to travel all over the world, spend time with the natives, binge on local food, and absorb their culture. She feels that she’s born with vagabond blood, and stagnation makes her feel claustrophobic. Life, for her, is like a book, and she loves writing about everything interesting she comes across. She believes that her stories make the chapters of her book more colorful. Read more about her adventures on Backpacking Romance and follow her journeys on Instagram.

Best Hotels for Staycation in Singapore

5 Most Popular Lakes in Rajasthan

Rajasthan has a rich royal history that can be seen in every corner of the state. When one thinks…
END_OF_DOCUMENT_TOKEN_TO_BE_REPLACED
0
Travel Hacks

8 Things to do in Goa

Goa involves getting lost in the moment. You don’t know when the sun sets, and the stars shine…
END_OF_DOCUMENT_TOKEN_TO_BE_REPLACED
0