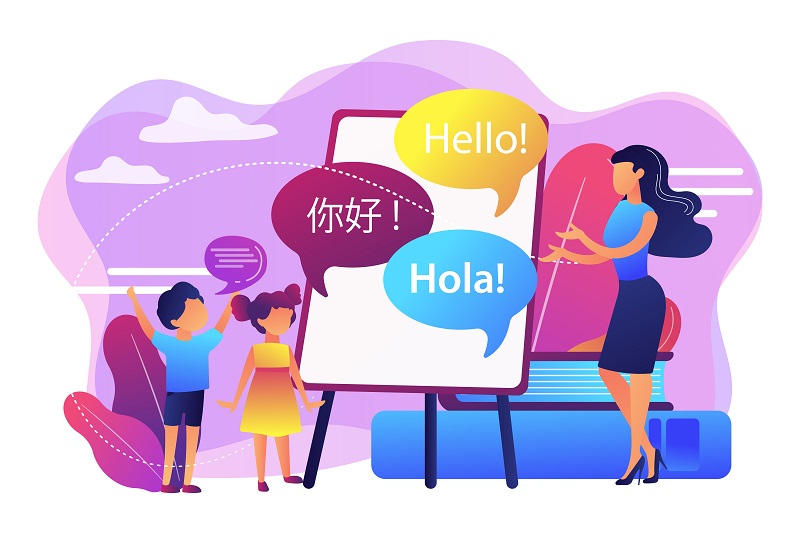 Studying Abroad Is the Best Way to Level Up Your Language Skills,

With almost 500 million speakers in 21 countries, Spanish is the world’s second-most widely spoken language. Without question, it is becoming extremely important in many job markets – and this figure is only set to increase.

If you are taking Spanish classes online or reading from books and manuals and you do not seem to be learning the language fast enough for your liking, it is time to take the next step on your learning journey and try learn spanish in barcelona.

Therefore, the best strategy to accelerate the learning process is by studying abroad and immersing yourself into another culture: it will allow you to learn the language faster than any other educational method.

If you finally decide to study abroad, you will most likely spend between one and six months improving your Spanish skills, so getting the right destination is the key. While there are many fantastic cities in Spain, here are the top 3 that must definitely be on your list.

Barcelona is Spain’s second largest city and is one the most beautiful, vibrant, and cosmopolitan cities in the entire world. The city has it all: from a stunning architecture (is home for Antoni Gaudi, one of the greatest exponents of Modernism), amazing food, sun-soaked beaches (with perfect weather during the whole year), and a wide range of cultural and sports activities open to everyone.

One of the advantages of learning Spanish in Barcelona is that you will get exposure to another accent, because Catalan is also the local language. Many visitors are unaware that the region has actually a distinct language, heritage, and culture from that often portrayed when talking about Spain.

However, as a cosmopolitan city, most people also use Spanish for their daily lives, even if is not their first language, and there are Spanish television channels, radio stations and street signs, so it should not be a problem for you.

The only downside of living in Barcelona is that it is a super-touristy city, so it can be a little more expensive than other parts of Spain. However, the cost of living may be still manageable if you plan accordingly.

Madrid is Spain’s capital, largest city and where you can find the clearest Spanish accent, making it quite easy to understand. If you learn Madrid’s accent you will be able to communicate and be easily understood in other Spanish-speaking countries.

The city is used to relatively high levels of immigration, so it is easy to find any other international students to gather. In terms of lifestyle, as it has a big population – including foreigners – there is plenty to do, from parks, to tourist attractions (you can visit the official residence of the king and the Spanish parliament!).

If are passionate about food, you are going to love Madrid. You can spend hours at the markets picking up the freshest local produce or go tapas-hopping with friends to try the famous tortilla española and the finest Jamón Ibérico (cured ham).

If you are looking for a unique cultural and historical experience, Sevilla, the capital of the Andalusian Spanish region, might just be your place.

The city has highly religious roots, with great Moorish and Catholic churches and landmarks, though it has also long been a leading center for science and exploration.

There are many things to do in Seville, from great tapas bar to enchanting old neighborhoods, vibrant street festivals and varied nightlife. One of the advantages of Seville is that the city is extremely walkable, with just one hill in the whole place.

Be aware that Seville could be extremely hot during summer, with temperatures above 35° C, making the cultural scene and the shops close up early. However, if you plan to do the majority of your activities early in the morning or later in the day, you will be able to take advantage of the lazy afternoons to relax and have a nap, embracing the siesta culture.

One historical and interesting fact: Seville was the center of American trade. In fact, it was from Seville that Christopher Columbus planned all his trips to America. The city was also the place where Magellan and Elcano set sail on their circumnavigation attempt, in 1519.

It is no secret that vacations are essential for our health – they aren’t just a luxury, and we…
END_OF_DOCUMENT_TOKEN_TO_BE_REPLACED
0
BlogDestinationThings To See

Switzerland is half the surface of Andalusia. But that itself makes it very comfortable for the…
END_OF_DOCUMENT_TOKEN_TO_BE_REPLACED
0