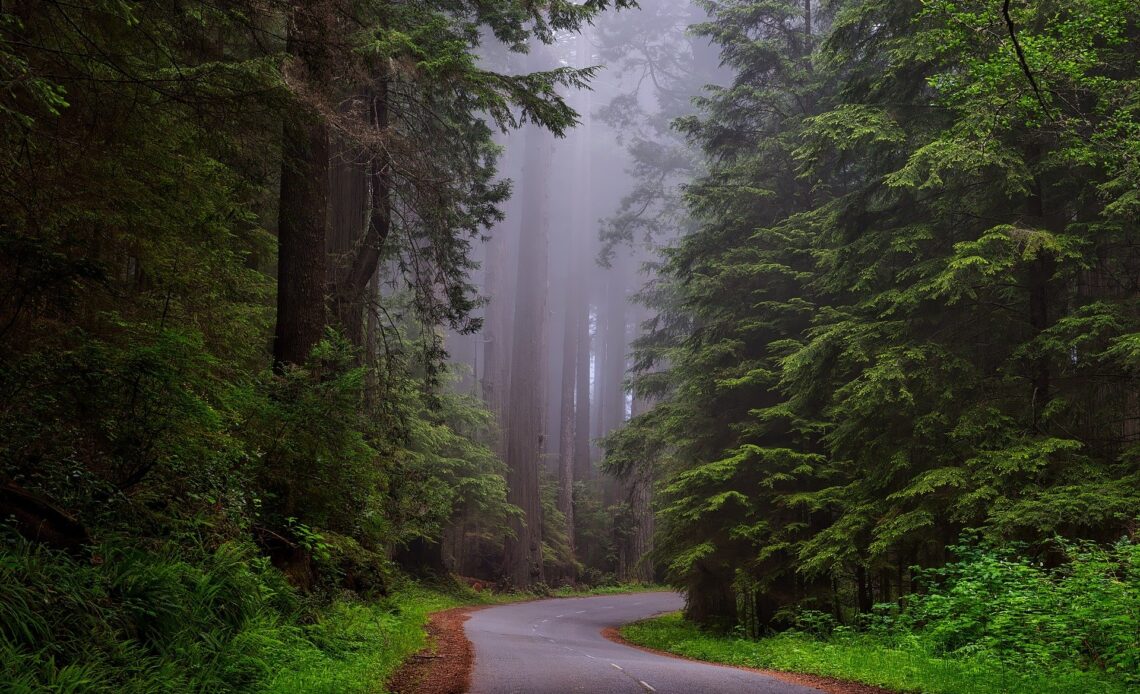 The numerous National Parks spread across the United States not only draw millions of visitors to admire it’s wondering each year but also act as a source of inspiration and education for them and for the generations to follow.

While names like Yellowstone and Yosemite are legendary, luckily for us there are certainly other unique and well-preserved places, complete with astonishing features and strange landscapes that truly look out of this world and merit a bit of extra attention from us.

A first glance at this primitive-looking park in California will remind visitors of what the surface of the earth would have looked like when influenced by volcanic activity. The multi-coloured soils, boiling mud pots emitting sulphuric smells and the contrasting landscape against the backdrop of rocky volcanoes, gives the impression of being on a different planet.

Tip – Book your flights to the USA in advance at affordable rates by checking insane deals over at https://IKnowThePilot.com.au

Covering an area of nearly 200 square miles, the Death Valley National Park, in Nevada, lies at the lowest elevation in the whole of North America. As a result, the terrain which is desolate and with barren salt flats was considered perfect for the filming of the mega-blockbuster movie, Star Wars. The hot and harsh climate has created an environment where animals and plants have found survival difficult and have left a bizarre stretch of landscape, befitting the park’s infamous name.

The heavily protected saguaro, the largest cactus plant of its kind in America, is the principal feature of Saguaro National Park in Arizona. While there are many types of such plants on display, the saguaro garners the maximum attention, as it forms an indelible part of the desert environment and provides succour to the many reptiles and animals found here. There are hundreds of miles of hiking trails, camping sites and even a site depicting nearly 200 rock carvings dating back to prehistoric times.

Located in the black hills region of South Dakota, the Wind Cave in this park is so complex and spacious, that it has developed an internal air pressure system of its own by sucking in the gusts that blow across its entrance. Discovered by the Lakota brothers in 1880, who were drawn to this oldest and longest cave in the world by the sound of the wind. The 33,851-acre park is free to explore, but to gain access to the Wind Cave needs joining up a guided tour, as crawling is involved in sections.

Talking of unique preserved places, the Effigy Mounds National Park in Iowa takes the cake. Earthen animal-shaped mounds, of varying sizes, dating back to hundreds of years, can be found all along the upper valley of the Mississippi River. There are 206 such ancient structures in northeast Iowa only, and archaeologists have suggested they could be sacred markings. The park has many easy to moderate hiking trails to explore the flora and fauna of this astonishing place.

The National Parks Service of California is the caretaker of five out of the eight-channel Islands that are a part of this unique coastal Mediterranean terrain. Home to an incredible 145 species of flora and fauna, including the endemic island fox, these islands provide shelter to large colonies of seabirds as well. Some of the oldest dated human remains have also been discovered here. There is no dearth of activities for outdoor enthusiasts ranging from caving, snorkelling, fishing, hiking and above all, some spectacular birding.

Visitors have been drawn to the healing powers of the hot springs since time immemorial. One of the smallest of all parks in the country, its upkeep is taken care of by the Government of Arkansas. With a plethora of hiking routes stretching over 26 miles, bathers have an option to either camp, walk or go for mountain drives to admire the views.

The National Parks of the USA, not only protect the environment but contribute to the economy as well to a large extent. We hope the tracts of wilderness described above will inspire you to care and stand up for these unique wildlands and also wildlife sanctuaries in India are also a major reason why India is chosen as a top destination all over the globe.

Top Things To Do in the USA

It is no secret that vacations are essential for our health – they aren’t just a luxury, and we…
END_OF_DOCUMENT_TOKEN_TO_BE_REPLACED
0
BlogDestinationThings To See

Switzerland is half the surface of Andalusia. But that itself makes it very comfortable for the…
END_OF_DOCUMENT_TOKEN_TO_BE_REPLACED
0