Trending
Best Places to Visit in Rajasthan – Experience the Royal Culture & Traditions Travel Insurance Online – Things You Should Consider & Avoid before Buying Secret Places in the World – Untouched but Worth Visiting Say bye-bye to Period Rashes: The Best Rash-Free Pads in India today Perfect Offbeat Destinations for Solo Travelers for an Incredible Experience
BlogDestinationThings To See 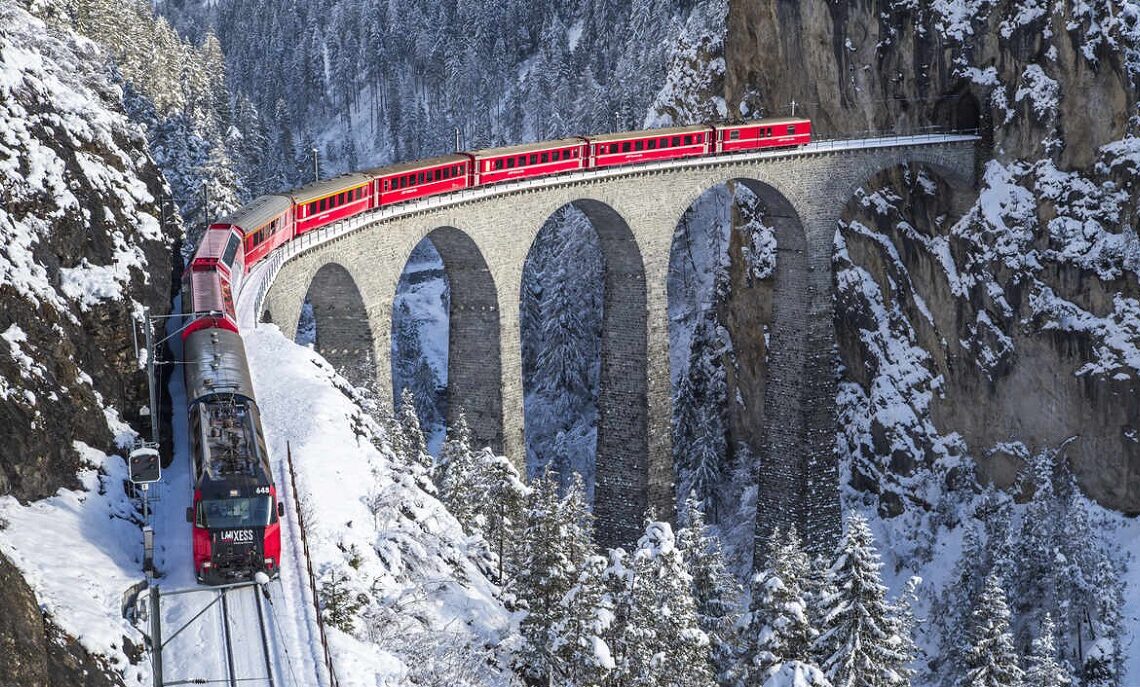 Switzerland is half the surface of Andalusia. But that itself makes it very comfortable for the traveller. It is a manageable country. You can cross quite quickly from one end to the other.

For that reason, it is so advisable to do it onboard a train since it is possible to go to any corner of Switzerland on rails without having to drive. There are even points where the railway arrives and, however, it is not possible to access by car.

For those who are interested in the proposal, the Swiss tourist office offers the Swiss Travel Pass, a card with which, by paying only once, it is possible to have unlimited access to all the public transport of the Swiss Travel System – trains, boats or buses–, including some mountain lifts, such as the Schilthorn or Rigi, and access to more than 500 museums. And all this, naturally, with the recognized punctuality that characterizes it.

Here, nature is in its purest state, with a labyrinth of splendid valleys, lush fir forests, lakes, meadows, snow-capped peaks.

Here, nature is in its purest state, with a labyrinth of splendid valleys, lush fir forests, lakes, meadows, snow-capped peaks and luxury chalets for rent with spectacular views of beautiful mountains.

If the idea tempts you, here are the five trains :

Of all the scenic trains in Switzerland, this is the best known. With more than 80 years, it is a classic of luxury, exclusivity, and the good life. It is often said that it is “the slowest express in the world”.

In eight hours, it covers the southern part of the country, between the ski resorts of Zermatt and St. Moritz, with several stops along the way, among which the Andermatt region or Chur, the oldest city in the Alps, stand out—and crossing a whopping 291 bridges, 91 tunnels, three cantons, and at an altitude of 2,033 metres in the Oberalp pass.

Trains run once a day during the winter and four times a day during the summer. But only two of the four summer trains complete the entire journey between St. Moritz and Zermatt. The interior of its panoramic wagons is spacious and comfortable and allows you to contemplate -especially in spring and summer- the intense changes in the landscape as you advance and ascend, from the low levels of the valleys and the green of the meadows to the spectacular nature of glaciers. By the way, this route can be done in its entirety or in sections, as the traveller needs.

The chocolate and cheese train

This is one of the most curious railway routes in Switzerland. It is ideal if you like gastronomy and if you are travelling with children. This train travels between Montreux to the south and Nestlé’s Maison Cailler chocolate factory.

To be exact, it is a themed train dedicated to the two most popular products in the country: chocolate and cheese.

It lasts seven and a half hours and starts in Montreux, the beautiful city on the Swiss Riviera, on the shores of Lake Leman. As always happens with the Swiss, everything on this excursion is taken care of; even the smallest detail and punctuality is non-negotiable. It first stops at Gruyere station, where a tour through “the five senses” of the Maison de Gruyere factory is offered, with cheese tasting included.

And then, to finish, a bus takes you to Broc, where the Cailler chocolate factory is located, where they explain the origin of this much appreciated sweet, its production process, its different varieties, to finally lead to a Tasting room – a kind of earthly paradise for gourmands – where you can savour various types of chocolates: with milk, almonds, honey.

The route of the lakes

When you imagine the landscape of Switzerland, grazing cows waving their bells, long green meadows, wooden huts adorned with flowers, snow-capped peaks often come to mind, which is precisely what you see through the huge windows of this train, the Golden Pass Line.

But in this image, you cannot forget the lakes either, which, by the way, are the great protagonists of this route that goes from Lucerne, in the centre of the country, through Interlaken and Gstaad, and later ending in the southwest, in Montreux (it can be done in reverse as well).

It is a modern train, perfectly equipped and very comfortable. In almost two hours, you pass through 6 lakes: the Alpnach, Sarnen, and Lungern in the initial part, to then pass the extraordinary port of Brünig, which gives way to Lake Brienz and Lake Thun and, to top it off, the splendid views of Lake Leman.

It is an excellent option to explore the different Swiss cultures, from the German to the French zone of influence, from the heart and the rural essence to the most hedonistic lifestyle of the south.

This line runs all year round, but it is advisable to reserve seats in advance. A suggestion: it is interesting to choose the first car since the views are much more impressive.

Perhaps it is the most mythical train of all. The Gotthard Panorama Express (formerly the Wilhelm Tell Express) starts its journey in Lucerne and heads to the south of the country, to Lugano.

There’s only one parenthesis on this crossing (it’s optional): From Fluelen, passengers can cross Lake Lucerne by steamboat. A recommendable experience. Keep in mind that this route is really a fantasy trip, a kind of bucolic tale which shows a landscape that looks like a fairy tale. The train goes quite slowly – it takes 5 hours or so – which corroborates the saying that “destination is the way”.

This route is known because it passes through the San Gottardo tunnel (Swiss Alps) opened in 1882 and where 177 people died in its construction. Recently, in 2016, the second passage of 57 kilometres in length was opened, becoming the longest railway tunnel in the world. It is one of the most sophisticated engineering works that have been carried out to date.

However, the old line is still running with this scenic train and for tourist use. The route of the Gotthard Panorama Express can be done in both directions completely or in sections. If appropriate, it can also be combined with the Glacier Express.

There are only three railway lines protected as the cultural heritage of humanity. The Bernina Express (integrated into the Rhaetian railway), between Tirano (Italy) and Thusis (Switzerland), is one of them.

The environment here is spectacular. In total, there are 122 kilometres whose route runs over 196 bridges and viaducts, through 55 tunnels, and crosses 20 municipalities.

The fact that it was built more than 100 years ago is surprising, especially since there are sections whose views seem unlikely.

The tour takes approximately four hours, depending on how many stops are made and how long you are visiting each region. These are the premium trains that make the trip very pleasant. Along the way, you can see jewels of nature such as the Brusio or Landwasser viaducts (65 metres high), the Bernina massif, the Morteratsch glacier, and the Kitchen, Nair, and Bianco lakes.

It is no secret that vacations are essential for our health – they aren’t just a luxury, and we…
END_OF_DOCUMENT_TOKEN_TO_BE_REPLACED
0
BlogGames